Discover rovers that successfully reached and explored the Red Planet.

Space exploration has been humanity’s dream since we can only remember. There have been several missions to send robots to the Red Planet, but some of them ended in fiasco. If you follow our blog, you know about the first rover to land on Mars. In this article, we’re going to shed some light on all the rovers that successfully set their wheels on Mars. And some of them are still active!

Sojourner, which was part of the Mars Pathfinder Mission, was the first rover to ever move around the Martian surface. The lander consisting of the microwave-sized rover reached the Red Planet on July 4, 1997, in a large, ancient flood plain called Ares Vallis. The landing procedure was done using an innovative, big airbag system.

Sojourner was equipped with front and rear cameras along with hardware to perform scientific experiments. What provided power was a solar panel placed on the top of the vehicle. Sojourner analyzed the planet's atmosphere, climate, and geology. Rocks found near the landing site were given names after cartoon characters such as Scooby-Do, Barnacle Bill, and Yogi. The collected data indicated that in the past, the area of Ares Vallis had been extremely rich in water.

The rover was designed to run for merely a week but, eventually, it outlived its expected life span to three months, traveling almost 100 meters (330 feet) from the Pathfinder lander and transmitting data to Earth.

The rover was named after an African-American abolitionist and women's rights activist from the 19th century – Sojourner Truth. 12-year-old Valerie Ambroise of Bridgeport, Connecticut, was the one who suggested the name in her essay as part of a student competition.

Find out more about the Sojourner rover in our article solely devoted to the robot and its mission.

The next robots to arrive at Mars and investigate its grounds were twin, golf-cart-size rovers, Spirit and Opportunity, functioning as robot field geologists. They were part of NASA’s Mars Exploration Rover mission. The rovers were aimed at locations on opposite sides of Mars believed to have been affected by liquid water in the past. The rovers touched down on the Red Planet a few weeks apart in January 2004.

Spirit landed in an area called Gusev Crater which is believed to be a former lake. The rover came across abundant evidence of rocks that have been formed as a result of interaction with water. In April 2009, Spirit got stuck in the Martian sand. Engineers had been trying to free the rover for a few months but to no avail/their efforts were fruitless. Motionless, Spirit was not able to tilt its solar panels towards the Sun and as a result, slowly began losing power. In 2011, NASA gave up contact with the rover after its electronics had most likely become damaged permanently by the planet's severe winter.

After landing, Opportunity found itself inside a crater, later called Eagle Crater. The rover explored the surrounding plains, coming upon meteorites and rolling over dunes. It sent back remarkable images of tiny, rich in iron pebbles named "blueberries". In 2018, NASA lost contact with Opportunity, most likely due to a global Martian dust storm that rampaged on the planet for four months. In February 2019, officials aborted their efforts in making contact with the robot.

Interestingly, both rovers outlasted their planned 90-day mission lifetimes by years. Spirit outlived its original design 20 times until it stopped responding in 2010. Opportunity was functional on the Red Planet for almost 15 years and, in 2015, it broke the record for extraterrestrial travel covering the distance longer than one of a marathon – around 45 kilometers (28 miles).

The names Spirit and Opportunity were the fruits of the creativity of 9-year-old Sofi Collis, who submitted the winning entry in a naming contest.

Curiosity – part of NASA's Mars Science Laboratory mission – is a car-sized, wheeled vehicle that landed on Mars on August 6, 2012, in Gale Crater in the area called Aeolis Palus.

Curiosity's goals include studying the climate and geology of Mars, and most importantly, assessing whether the planet has ever been favorable for microbial life, as well as investigating the planet's habitability in preparation for human exploration.

The rover investigates Gale Crater and collects samples of soil, rock, and air for onboard analysis. Thanks to its large size, Curiosity is able to carry an advanced kit of a number of science instruments among which are multiple cameras, spectrometers, weather and atmospheric sensors, a drill for gathering powdered samples of rock, and a laser for vaporizing and examining small pinpoint spots of rocks at a distance.

MSL reached Mars using an entirely new landing method. The spacecraft came down on a parachute, then, just seconds before touchdown, the landing system engaged rockets to enable it to hover while a tether lowered the rover to the ground. Curiosity landed on its wheels, then, the tether was cut and the landing system flew off to crash-land at a safe distance.

Curiosity is the first rover that is not powered by solar energy; instead, it runs on a nuclear radioisotope thermoelectric generator that produces electricity from the heat of radioactive decay of plutonium -238.

What's most fascinating about Curiosity is the fact that it remains active to this day. Thanks to its nuclear battery, it is speculated that the rover may keep going for another 9 years or even more.

As usual, the rover got its name after a nationwide student contest had been held. Clara Ma – a 12-year-old student from Sunflower Elementary School in Lenexa, Kansas, the United States – won the competition proposing the name Curiosity.

Like its predecessor Curiosity, Perseverance is also a car-sized Martian rover. It's part of NASA's Mars 2020 mission.

The rover successfully reached Mars on February 18, 2021. Its mission is to explore the Red Planet in search for habitable environments and clues of prior microbial life. Perseverance's job is also to collect samples of rock and soil, seal them in small tubes and leave the tubes on the planet's surface so that future Mars missions can get the samples back to Earth.

Perseverance's design is similar to the one of Curiosity as it evolved from it. The two robots share alike body plan, cruise stage, power system, and landing system. The design of Perseverance, however, was upgraded. Among the rover's equipment, there are 2 Raman spectrometers. These scientific instruments shine ultraviolet light on a soil patch or rock and, then, read the reflected light signature to establish what chemicals the material consists of.

Perseverance's landing site was a paleolake basin – Jezero Crater. The touchdown was performed using a supersonic parachute. The procedure also involved a thruster-powered descent and nylon cords with which the rover was lowered to the surface.

Since its landing, Perseverance has been active on Mars and it remains unknown for how long it will keep going until it ceases to function.

The name Perseverance was chosen following a student contest to name the rover. The winning entry was written by Alexander Mather – a seventh-grade student from Lake Braddock Secondary School in Burke, Virginia, the United States.

Along with Perseverance, a small helicopter drone named Ingenuity made its way to Mars. This solar-powered machine is not equipped with any scientific instruments; it carries just two cameras and communicates with Earth via a base station aboard the Perseverance rover.

Ingenuity showed the ability to fly in the thin atmosphere of Mars and the possible usefulness of aerial reconnaissance in future rover missions.

View a model of the Ingenuity helicopter and interact with it: https://mars.nasa.gov/resources/25043/mars-ingenuity-helicopter-3d-model/

Zhurong is China's first rover to make its way to another planet. It's part of the country's first independent interplanetary mission – Tianwen-1 – carried out by the China National Space Administration.

Zhurong touched down on the Red Planet on May 14, 2021, in a large plain called Utopia Planitia, making China the second country, after the United States, to successfully operate a functional spacecraft on the surface of Mars. The Tianwen-1 landing procedure involved an aeroshell, parachute, and retrorocket.

The solar-powered rover weighs approximately 240 kilograms (530 pounds) and carries scientific payloads to examine the properties of the Martian soil and seek potential water-ice distribution with the use of ground-penetrating radar. Zhurong is also equipped with a panoramic camera.

Although Zhurong has already used up its lifespan, it's still operational and it may keep driving across the Martian grounds transmitting data to the Tianwen-1 Mars orbiter until it's no longer functional.

The name Zhurong comes from a Chinese mytho-historical character, typically associated with fire and light as in China and some other East-Asian countries Mars is called "the planet of fire".

Speaking of space missions – there's a number of facilities that conduct research and testing regarding space conquest. One such facility, Lunares, used Leo Rover in one of its simulated missions.

‍Know the ins and outs of Mars rovers

While we're on the subject of Martian rovers, you'll for sure be interested in their development. See our article on research papers devoted to building wheeled rovers and improving their design. 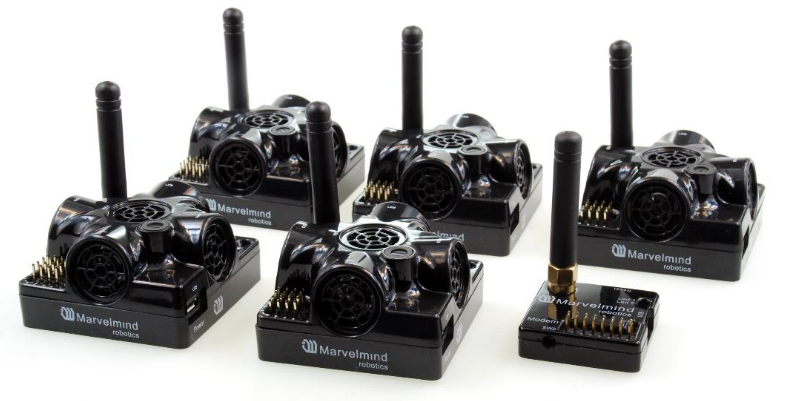 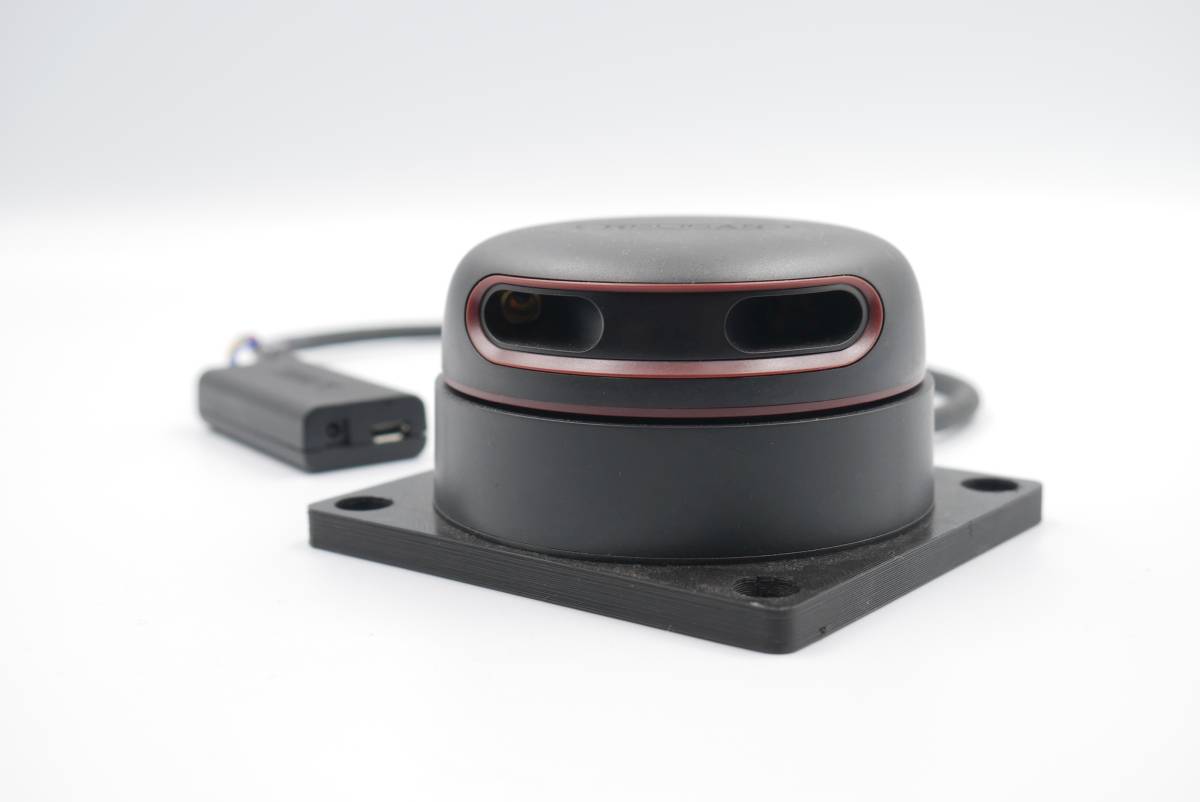 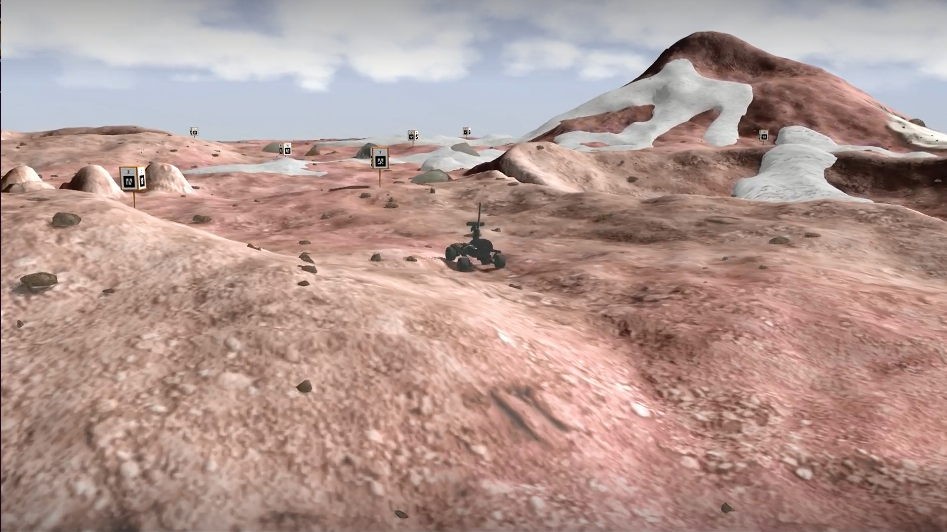 Let's dive into Gazebo – a leader in robot simulations.